Bitcoin price has fallen – but adoption is still rising  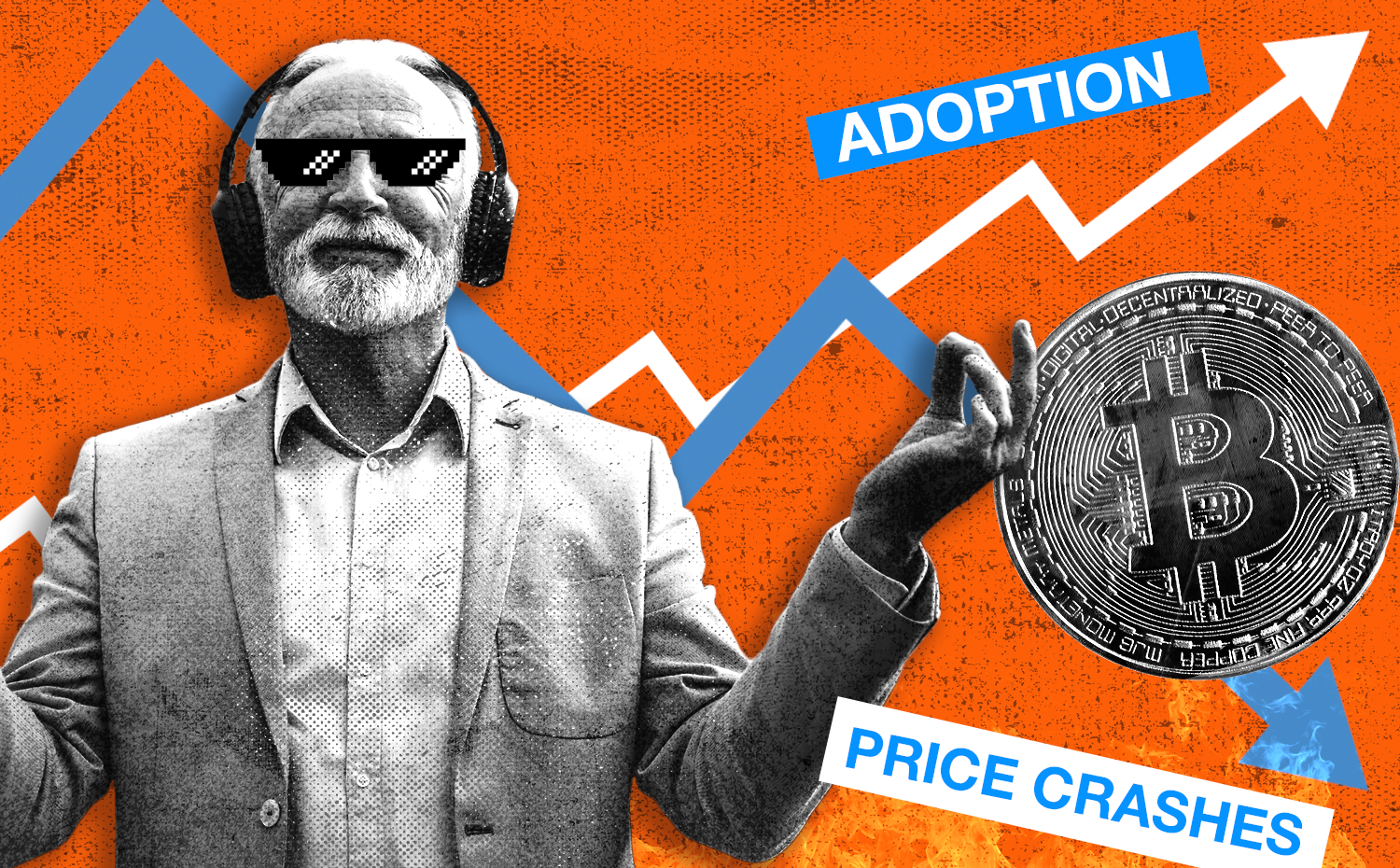 Yup, we’ve all heard the news. It’s been a rough week for Bitcoin – or so it seems. Bitcoin’s price has fallen drastically in the last few days. It has dropped over 20% during the course of last week and over 50% from its all time high mark back in November 2021.

Memes go viral, haters resurface. Peter Schiff makes some comment about gold and hundreds of influencers assure they’ve bought the dip (wait, weren’t they all in already?). The internet becomes a roller coaster, and everybody gets nervous.

But beneath all the noise, the world keeps turning, and Bitcoin adoption grows, slowly but surely, day after day, one step at a time.

Only last week we’ve had more examples of businesses that are adopting bitcoin as part of their business (keep in mind, these are just some of the latest cases that took place during the last few, crazy days).

Gucci – the world renowned luxury brand – has announced on Monday that people will be able to buy their product with bitcoin and other cryptos (including Dogecoin) in five stores from the USA, and plans to expand this to all stores in America by summer this year.

Another luxury brand, Equinox fitness center from NY, started accepting crypto payments from their clients on Tuesday, May 10. The option is being available through BitPay, a bitcoin payment service headquartered in Atlanta.

Educational institutions are also growing in their acceptance of crytpo. Bentley University, famous for their finance school programs, will be one of the firt US universities in allowing their students to pay their tuition in crypto. It will accept Bitcoin, Ethereum and USDC.

Media companies are also in on the action. Time Square Media (NYSE: TSQ), a digital marketing and radio streaming company based in New York City, has announced that they will include bitcoin in their balance sheet. The sum might not be impressive at all ($5 million), but still the company ranks around the middle of the list in terms of the amount of the crypto held by publicly traded companies. Also, what is really important, is that each day, more companies and more people are on board.
There are also huge portions of world population that are quickly adopting bitcoin. The biggest growth might be taking place in Africa right now, with Nigeria leading the crypto adoption trend, and promising to be among the biggest rising economies of the 21st century.

Even Joe Rogan, the controversial, but extremely popular podcast host has weighed in on crypto. “I think of Bitcoin the same way I think of the early internet”, Rogan said. “they didn’t see it coming, and now it is a viable form of currency that you can use to buy things, and the government is freaking out”.
Whether you like Rogan or not, is beyond the point. What’s important is that the host of the most downloaded podcast on earth is endorsing Bitcoin – and people are listening.

So, even if the fear and greed index hit 11 (extreme fear, its lowest number since last year), fundamentals remain untouched, and Bitcoin, despite everything, keeps growing in adoption, and that is all we should care about. So remember, hold on for dear life, and in the future, you’ll be happy you had diamond hands.