During the 7th European Blockchain Convention,Johanna Thornblad, President of Sweden at HIVE Blockchain Technologies introduced to us how crypto mining can be sustainable. 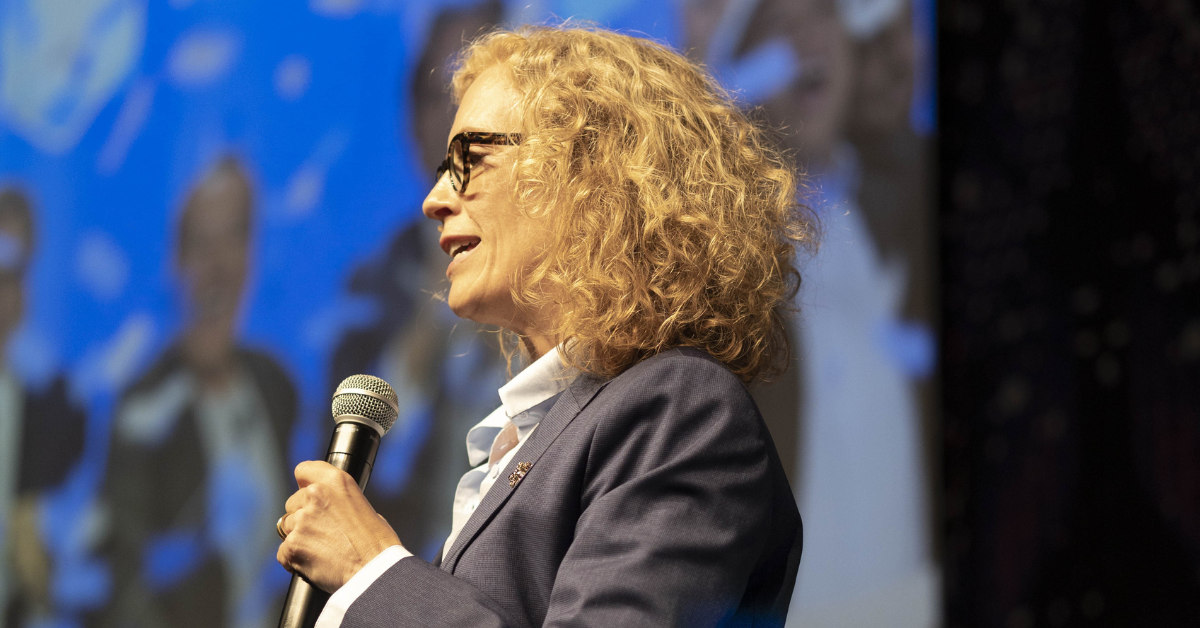 “Bitcoin only represents 0.16% of the world’s overall energy consumption and around 58% of Bitcoin mining power is green power.’’ – Johanna Thornblad, President of Sweden at HIVE.

HIVE is a cryptocurrency mining firm that follows an ESG strategy: it is an investment approach that tries to achieve long-term competitive financial returns while also having a beneficial social and environmental effect. They exclusively mine crypto using renewable energy and engage in a frequency balance scheme that allows them to help stabilize the local grid where they operate.

HIVE’s centers are strategically located in Canada, Sweden and Iceland, because of the easy access to renewable energy and the cold climate found there. The natural cold air of the sites is used to cool their mining computers. HIVE’s ESG strategy also includes the use of hydropower, which in turn leads to the provision of green power. The majority of the energy used by the mining rigs comes from hydroelectric power, thermal energy and a small amount of wind energy.

Data centres such as HIVE’s also contribute to the local grid’s stability by balancing supply and demand. It provides a consistent power supply 365 days a year, 24 hours a day. The company may choose when to shut its power supply and, if required, deliver energy surplus to local communities facing power shortages.

Johanna also addressed the concerns towards Bitcoin mining’s anxiety and uncertainty in her talk. She added that Bitcoin only represents 0.16% of the world’s overall energy consumption. She also emphasized that, according to this year’s data, around 58% of Bitcoin mining power is green power.

“Everything we mine is green virgin coins because they are created from renewable energy resources. Our newly minted coins have never been used or circulated before.’’ – Johanna Thornblad, President of Sweden at HIVE.

HIVE is a publicly traded company, one of the first crypto mining companies to do so. They have six data centres located in eastern Canada, Iceland, and northern Sweden. These data centres supply the computing power required for Bitcoin and Ethereum mining. For their own portfolio, all mining is done on the cloud. Johanna revealed that they mined over 3000 crypto coins in May 2022 of which 273 were bitcoins and 2700 were ether coins. Johanna spoke on the future with an emphasis on sustainability. HIVE is aware that they are generating a lot of heat and are dealing with it carefully. In their opinion, if the excess heat is properly exploited, it may also be a valuable asset for the community. They are heating the whole neighbouring factory, participating in research projects, and even collaborating with Intel. HIVE is also helping to provide heat for greenhouses that will produce masses of food (cucumbers and tomatoes in the north), which is critical given the current economic climate.

With their cutting-edge technology, they’re also looking at the future of Artificial Intelligence. That being said, she feels the mining industry is aware of the need to develop green and sustainable strategies, and HIVE is taking the lead in ensuring that they are continuously improving while still giving value to its  shareholders.