Victoria Gago, Co-Founder of European Blockchain Convention, shares her thoughts on Ray Dalio’s “What I Really Think of Bitcoin”. 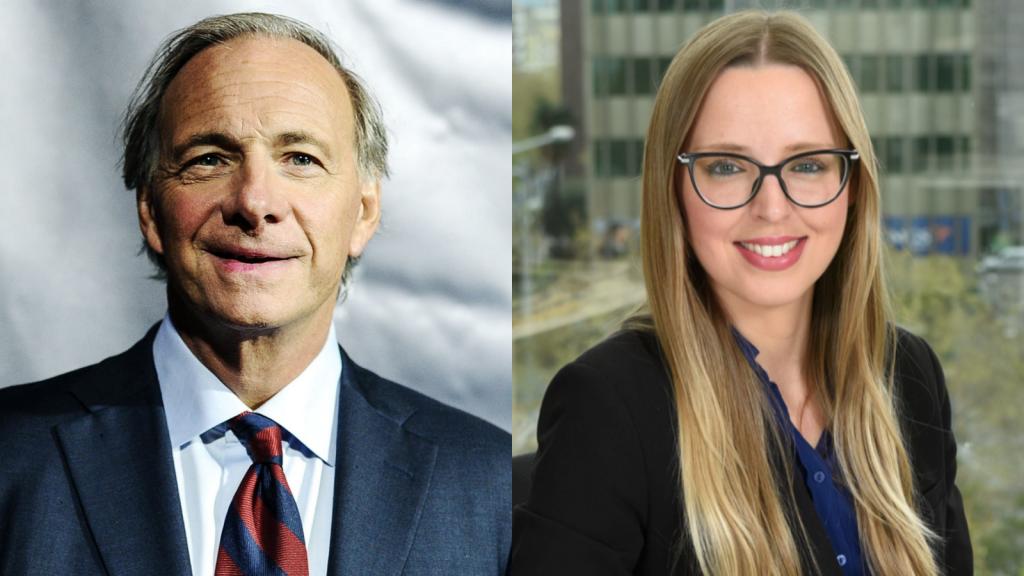 I agree that “Bitcoin is one hell of an invention”. Bitcoin is one of the most impressive social and financial inventions introduced in the 21st century. Bitcoin combines the fields of economics, computer sciences, cryptography, psychology and history.

I agree that “To have invented a new type of money via a system that is programmed into a computer and that has worked for around 10 years and is rapidly gaining popularity as both a type of money and a storehold of wealth is an amazing accomplishment”. I also find it fascinating that you (Ray Dalio) and other recognized asset managers such as BlackRock are eyeing Bitcoin as a new investment asset class. Years back, I worked in a Spanish investment group that had an asset management arm (TREA AM, Spain’s largest independent asset manager) and a private equity arm (Black Toro Capital).

Plenty of foundations or companies have copied Bitcoin’s code, but what they can’t copy is the story behind.

I started my own journey into Blockchain, Bitcoin and Ethereum in 2017, and I remember many of my colleagues at TREA AM and Black Toro Capital were laughing every time I would talk about this new invention. I was super fascinated by it but my colleagues were obviously not. I thought of my colleagues as “old-school” and very little visionary about the future. Also, that year JPMorgan’s CEO, Jamie Dimon, said that bitcoin was a fraud that would eventually blow up. Things are evolving since 2020 and the “old-school” finance folks are starting to change their view on Bitcoin.

I agree that “There aren’t many alternative gold-like assets at this time of rising need for them (because of all the debt and money creations that are underway and will happen in the future)”. A way to satisfy the need for an alternative gold-like asset could be by holding bitcoin due to its nature of scarcity (only 21 million bitcoins will be mined) and because of its proof of work algorithm. An analogue of Bitcoin’s proof of work algorithm is gold’s mining process. It takes a lot of “work” to produce Bitcoin as well as gold.

I don’t agree with “… better cryptocurrencies will come along and displace Bitcoin because that is the way the evolution of everything works”. My view here is that no other cryptocurrency will be able to replace bitcoin. This is due to several reasons:

This may sound very hippyish, but it’s actually very important to understand where Bitcoin comes from. Let me explain the background of Bitcoin. In 2008 Satoshi Nakamoto, a pseudonymous software developer (or group of software developers), launched “a new electronic cash system that’s fully peer-to-peer, with no trusted third party”. Bitcoin white paper was sent to a mailing list of cryptographers. The software was simply placed out there and it started growing without any centralized forces driving the growth. Normally to drive growth in any project, for-profit or nonprofit, you need a centralized community or group of people behind. Bitcoin doesn’t have that and is driven by the community and that’s exactly one of its irreplaceable properties. As Saifdean Ammous once explained: it’s like leaving a 1-year-old child alone in the forest. The chances of survival are close to zero, but if the child survives it’s going to be one hell of a superhuman.

2. Bitcoin brings a decentralized monetary system to the World with a limited supply

Let me go a bit more into depth with the topic of decentralization. Bitcoin brings a decentralized monetary system to the World, i.e. decentralized money and a decentralized store of value with limited supply. The maximum supply of 21.000.000 Bitcoins cannot be changed as there is no centralized power, such as a state or company behind Bitcoin, unlike other cryptocurrencies.

3. The longer the chain, the more secure Bitcoin becomes

Not just is the community growing, the Bitcoin structure (ledger) is growing everyday, making it more and more immutable. Bitcoin blockchain makes bitcoin immutable because every block on the blockchain depends on its predecessor. This structure creates an unbreakable chain back to the genesis block. If someone changes something on the blockchain it will be noticed. Therefore, the longer the chain the more secure the previous blocks become and exponential work would be needed to rebuild the chain from the point where an attacker hacked the chain.

The problem with other cryptocurrencies is that they are founded by a foundation or a company. These foundations or companies have the power to change the supply, the same way a state is able to print more money. To emphasize even more why Bitcoin is irreplaceable: it is open source software and therefore its design is public. Plenty of foundations or companies have copied the code, but what they can’t copy is the story behind. Bitcoin has survived against all odds. Many companies and foundations have created better cryptocurrencies with larger blocks, more scalable and faster transactions, but they haven’t succeeded in creating the trust, decentralization, community and limited supply that Bitcoin has.

I do imagine that part of the private holdings in gold will be shifted to Bitcoin in the next years to diversify holdings.

I do imagine that part of the private holdings in gold will be shifted to Bitcoin in the next years to diversify holdings. I can also imagine that in 50–100 years a new store of value could appear, with completely different features from what gold and Bitcoin have, which could lead to Bitcoin’s depreciation. What I’m trying to say is that if something replaces Bitcoin far into the future, it won’t be a cryptocurrency, it will be a new invention that we can’t imagine now, the same way nobody imagined Bitcoin 20 years ago. 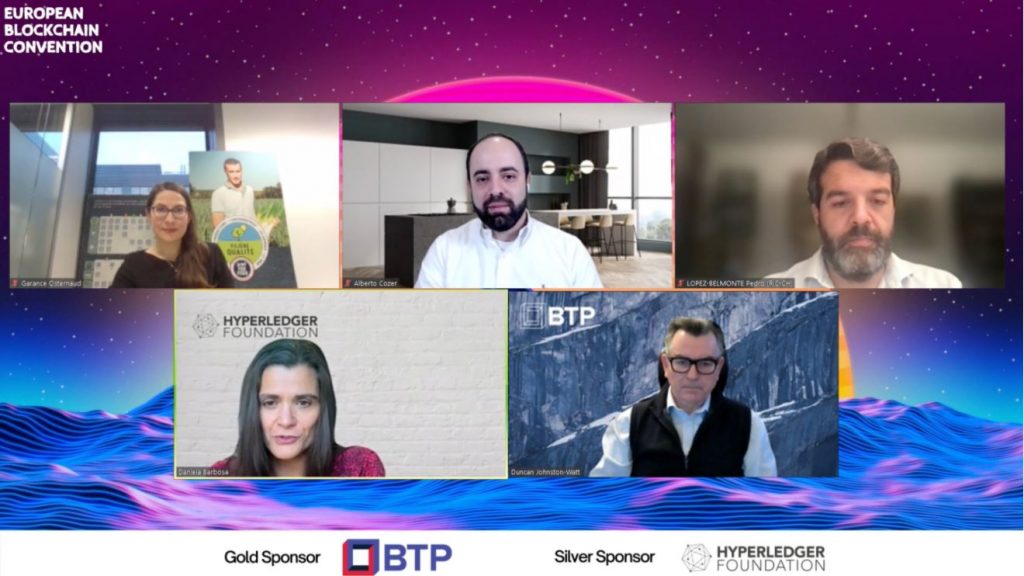 Consumer Interest Is Driving Blockchain Developments In Supply Chains  The 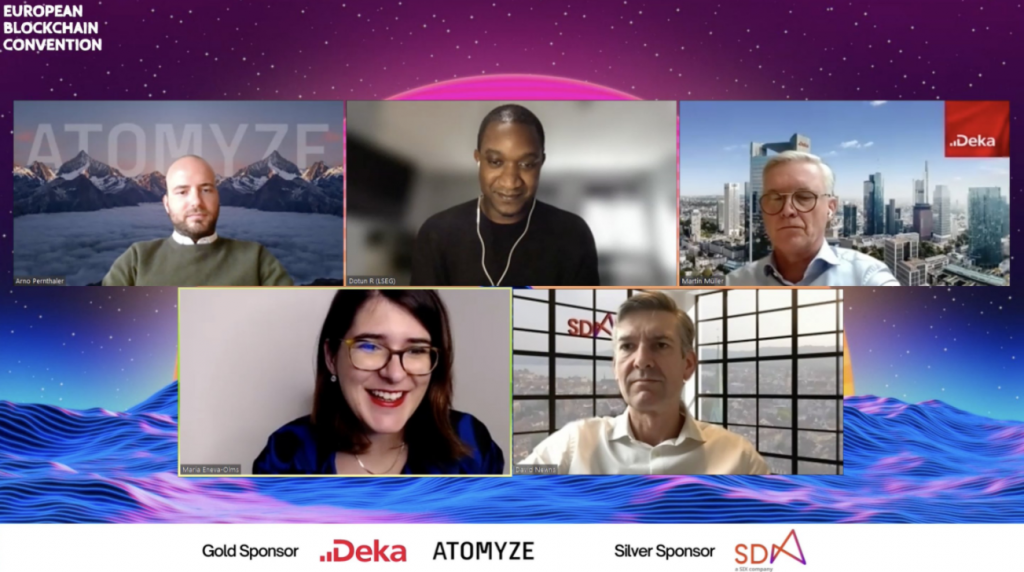 Paradigm Shift: Financial Instruments and Commodities Meet DLT During the 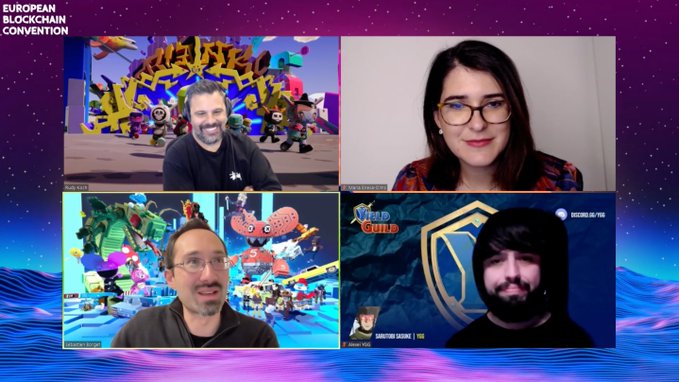 Gaming in the Metaverse is the Next Big Thing  During