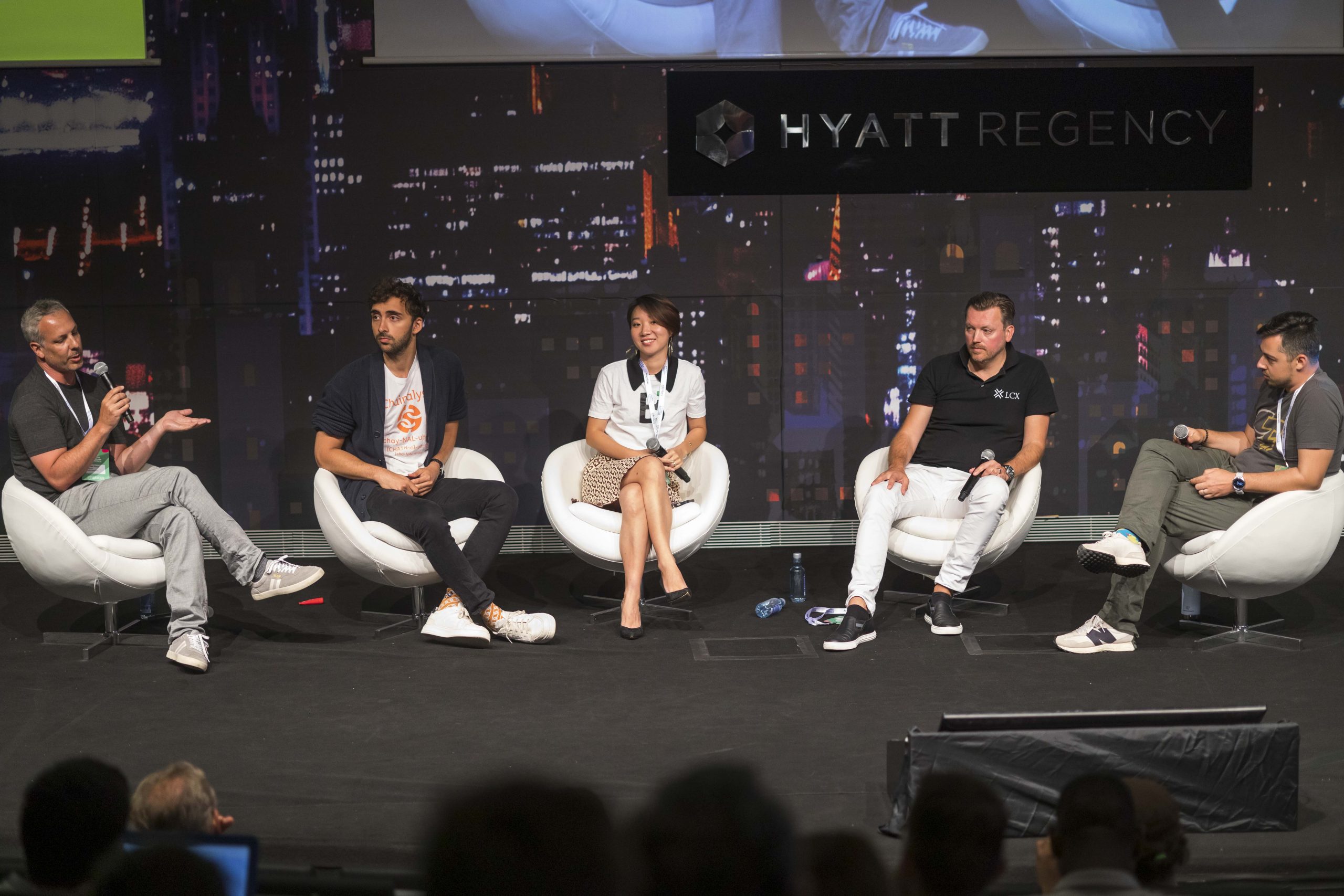 The panel ‘Moving from Web2 to Web3’ took place at the 7th European Blockchain Convention with Toya Zhang, CMO at Bit.com, Diederik Van Wersch, Inside Sales Manager at Chainalysis, Monty Metzger, CEO & Founder at LCX, Robert Ellison, Head of Marketing at Figment, along with Alex Cohen, Managing Editor at Cointelegraph. Photo taken by the EBC team during the European Blockchain Convention 2022.

The Future of Web3

The panelists addressed what the future potentially holds and how we will finally transition from Web2 to Web3. If Web1 was about communication, Web2 has been about consuming. Large firms dominate the market. The way they’re developed and controlled differs significantly from Web3. Monty believes that if Web2 was the era of information, we are now approaching the age of value stating that “Web3 is the internet’s third generation, and it incorporates three elements: The first is decentralized ownership, followed by incentives, and last by a governance system that allows for decentralized control.”

Toya went on to say that it’s critical to compare the history of Web1, Web2, and Web3 to the evolution of media and business models. Web1 was about monetizing traffic, whereas Web2 is about monetizing consumers and data, with some also monetizing their services. She envisions Web3 as everyone selling their contributions to the internet. The general emphasis is that it is still in its early stages.

For Diedrik, Web3 is transforming the centralized internet that we know into a decentralized network of services in which individual participants own a portion of the network. It applies the concepts and mindset that have driven bitcoin and crypto money in general over the last decade or so to the internet at large.

“Web3 is about implementing Satoshi’s core concepts to many use cases and is fundamentally about decentralization.” – Diederik Van Wersch, Inside Sales Manager at Chainalysis.

Several Factors that are Driving Web3

It is crucial to include more people in the process of innovation, how protocols function, governance, and ownership issues. Their participation has to be meaningful too, it cannot be minimal. People will only become active if they feel they really have the power. That is the concept behind Web3.

Robert explained that in Web 2 “data is the new oil, and that we can harvest it and extract value from it”. Toya continued saying that the motivation for Web3 is also motivated by financial benefits, which is consistent with human nature. Users are no longer only customers, but also owners of the internet. The incentive drives them to this realm. It is not less ideological, but it is true. “Ideology is allowing little guys to have power” Alex continued, and there was general consensus that the power would be given back to the individual.

“Users or participants used to be the consumers of the internet and now they are the owners of the internet, but that’s not the essence in what drives them to participate, it’s actually the rewards.’’ – Toya Zhang, CMO at Bit.com “Everything that can be tokenized will be tokenized, Web3 is enabling this next growth wave of the crypto industry.’’ – Monty Metzger, CEO & Founder at LCX.

Monty believes that Web2 failed on many levels. As a result of centralization, there currently are a lot of monopolies. With Web3 this can be changed.

On the other hand, Toya feels that it will be a gradual process with many obstacles and the market testing to see if there is desire. She believes that for the time being, Web2 and Web3 will coexist, and that Web2 industries will gradually evolve into Web3.

The panelists stated that there are certain myths around crypto and they must be eliminated. This will come with education, success stories and regulations. Robert believes: “Regulations will provide certainty in the marketplace.” According to him, education is vital and the trust level needs to rise, especially in technology, only then the adoption will happen. Toya concludes that adoption of Web3 is actually propelling the overall change of the social and political structure worldwide. “It’s going to disrupt everything we know at this moment.”

Buy your ticket
PrevPreviousIs the Metaverse a 1 trillion opportunity?
NextStablecoins and CBDCs: what does the future look like?Next