All Corporates Should Hold Bitcoin On Their Balance Sheet

During a keynote address on “Bitcoin for Corporations” at European Blockchain Convention, Dr. Saifedean Ammous, author of “The Fiat Standard” and soon to be released book “Principles of Economics” highlighted key details from his book “The Bitcoin Standard”, best-selling groundbreaking study of the economics of bitcoin. He pointed out that bitcoin’s most distinguishing characteristic is that it is “the hardest and fastest money to settle payments internationally ever.” 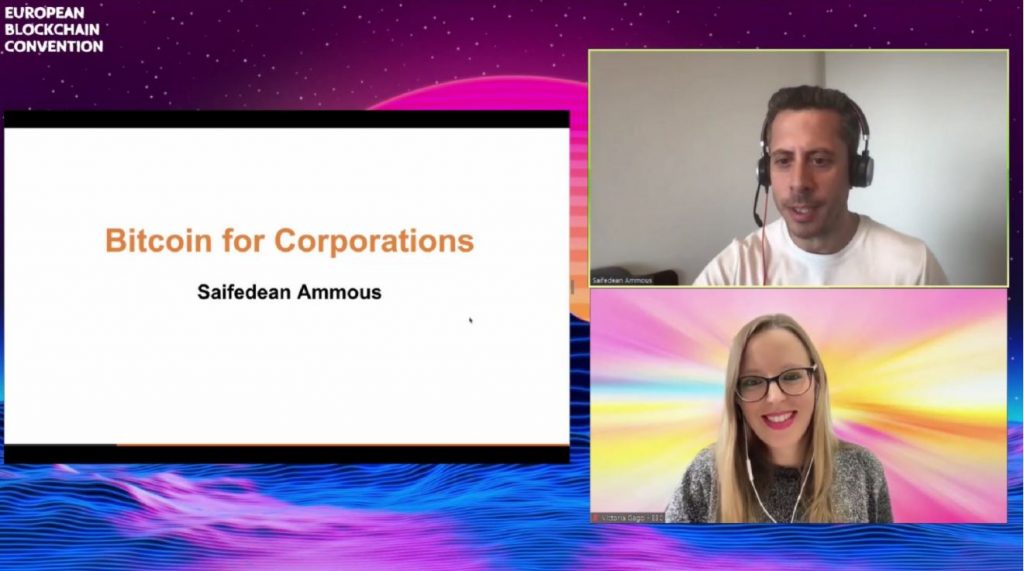 Visual of Sean Lee at the 6th EBC

Dr. Ammous also drew inspiration for his talk from the recent efforts and collaboration with Michael Saylor, the MicroStrategy CEO-turned-king of bitcoin treasuries and Founder of Saylor Academy.

He explained that with its own payment network and currency, bitcoin operates independently of any trusted third party. Precious metals, rare seashells, cigarretes in prison and cattle were all forms of money when they were hard to produce. Government money, which is more prone to a sudden collapse in value, was built only to finance government spending at the expense of savers. He pitched Bitcoin as a solution to this conundrum.

“With its own payment network and currency, bitcoin operates independently of any trusted third party”

Bitcoin is a harder category of money than gold, as its supply growth rate is constantly declining. There will only be 21 million bitcoin ever; hence the marginal supply will decrease. He explained that the creation of new bitcoin will go to 0 in the next century. Its annual growth rate has been 200% per year.

With no single transaction being rolled back and no fraudulent transactions confirmed to date, Dr. Ammous goes on to declare that “Bitcoin basically cannot be stopped.”

Its biggest appeal is that it has no risk across factors of counterparty, credit, political, government default, and protocol rules. It has no single point of failure, and its functioning is not dependent on any technology infrastructure or organization.

“Bitcoin has no risk across factors of counterparty, credit, political, government default, and protocol rules”

On the question of whether bitcoin can be an asset and currency at the same time, he promptly replied, “Why not? It was what gold was before!”

He deemed Ethereum highly centralized as a project with enormous scaling issues. Many have tried to change the bitcoin protocol, but it continues to be an autonomous record and a neutral project that nobody can change. 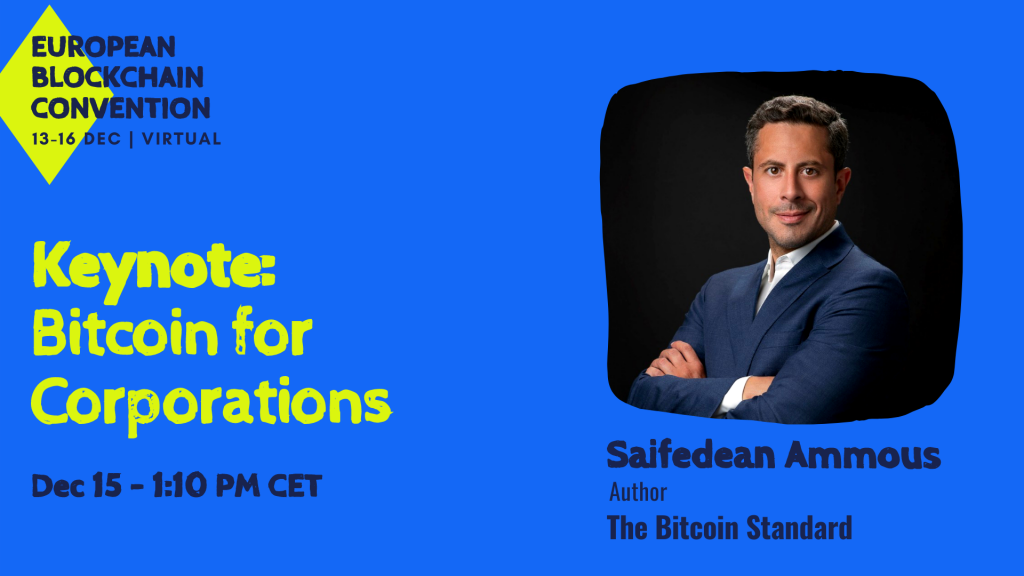 “Many have tried to change the bitcoin protocol, but it continues to be an autonomous record and a neutral project that nobody can change”

Dr. Ammous strongly supported the idea that bitcoin should be part of corporate treasuries as a long-term asset, because cash, bonds, and gold are losing value. “There is no way to escape inflation,” he continued, “so it makes sense to have the hardest money ever on your balance sheet.”

“There is no way to escape inflation, so it makes sense to have the hardest money ever on your balance sheet”

He closed with a bold recommendation on how much bitcoin exposure a corporate treasury should have, advising that excess cash should be invested in bitcoin. A corporate can leave enough fiat (cash) to fund operations for 12-24 months and 36 months if it’s more conservative.